Michael Stefanovic AM is the Chief Municipal Inspector (CMI) and head of the Inspectorate. The CMI has the power to investigate breaches and offences under the Local Government Act.

Michael Stefanovic AM is the Chief Municipal Inspector (CMI) and head of the Inspectorate. He’s accountable to the Attorney General and provides reports and recommendations to councils and government.

The CMI’s functions and powers are set out in the Local Government Act 2020 (Act) and include:

The CMI can delegate functions and powers to Inspectors of Municipal Administration, including the ability to: 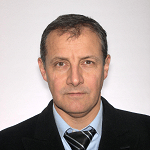 Michael Stefanovic AM is the Chief Municipal Inspector. Mr Stefanovic took over the role in April 2021 from acting CMI Dr John Lynch.

Mr Stefanovic has 35 years of experience undertaking complex investigations in high-risk environments both within Australia and abroad.

An expert in his field, having led teams specialising in fraud, corruption and misconduct investigations with the World Bank in Washington DC, he also served as the Director of the Investigations Division at the United Nations in New York.

Since November 2020, he has been the Director for Compliance Operations with COVID-19 Quarantine Victoria. Prior to this, Mr Stefanovic was the Director of Investigations for the Royal Commission into the Management of Police Informants.

His experience extends to post-conflict environments, having served as a United Nations war crimes investigator in The Hague, Chief Resident Investigator in UN peacekeeping missions and a member of specialist teams engaged by the US State Department to investigate crimes against humanity in Myanmar (2018) and Darfur (2004).