Tony De Fazio has joined the Local Government Inspectorate, bringing decades of local government experience and knowledge to our team. 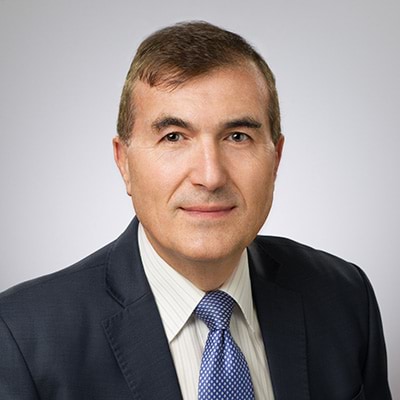 He finished his local government career as the Executive Manager of Governance and Customer Service at Whitehorse City Council before joining the Inspectorate.

“After I retired, I realised that I still had something to give. I am passionate about local government and wanted to make an ongoing contribution to the sector,” Mr De Fazio said.

“The opportunity came up to join the Inspectorate and it was a perfect match for my skills and experience.”

He brings a deep understanding of local government policies, processes and systems.

Since starting at the Inspectorate in December 2020, Mr De Fazio is getting a broader perspective of state-wide issues.

“There is an ongoing need for continuous improvement, training and awareness in local government,” Mr De Fazio said.

The local government sector, with the Inspectorate’s support, has some work to do to improve community understanding and transparency of its decision making.

Many of the complaints the Inspectorate receives are from people who are aggrieved by a council decision or process and request an investigation alleging fraud, corruption, bias and or gross misconduct.
While the Inspectorate is responsible for receiving, assessing and investigating breaches of the Local Government Act 2020, the Inspectorate cannot substantiate or proceed further with any investigation or action without any clear evidence.

There are also many cases where complaints are backed by solid evidence that exposes poor or deficient processes, policies, procedures, delegations and accountability at councils.

For example, we received a substantiated complaint that a general manager signed off the extension of a multi-million-dollar service contract when only the CEO or Acting CEO had the council delegated authority to do so. This was in breach of section 186 (Procurement Policy) of the Local Government Act 1989 where the policy, delegation limits, authority and a council resolution were clearly not followed nor complied with.

It is also important for councils to effectively consult with individuals and community and to explain and raise awareness of the decision-making processes and the rationale involved.

Council websites should be improved to allow the community to understand council processes and decision making. The explanations need to be clearly communicated without using local government jargon.
For example, we received an enquiry from a complainant who had questions on a specific council’s governance rules and how Question Time worked.

The rules listed on the council website stated that the mayor or chair could reject any public questions regarding proposed developments. The complainant interpreted this to mean that the mayor and council were ‘gagging’ the community and not being transparent or consultative. This issue may have been avoided if the council included an explanation on its website detailing Question Time rules and council’s obligations and liability regarding confidential information.

A better understanding of council processes would help reduce the number of complaints the Inspectorate receives and reduce frustration when complainants discover we cannot investigate a complaint.